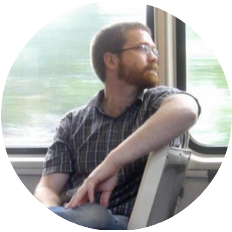 AWS API Gateway is pretty neat. But manually managing the configurations is a nightmare - you make changes in your development stack to fix a bug or support something new, do that a bunch of times for a sprint, and when it’s time to push out the release candidate, each one of those changes has to be tracked and updated in the console.

Even for an API with only a few endpoints and no authorizer, my team was often caught out by forgetting some change, finding that our deployment configs were different between stacks, or stepping on each other’s changes in the console.

Step 1: Move everything into Terraform

Treating deployment configurations as code is what Terraform does best, so we looked up API Gateway support in the AWS provider, and hooray it was just added!

Each resource itself is a block of configurations:

The Terraform implementation treats each bullet point in the above two lists as a separate resource block to be managed by Terraform and synced to the AWS API. For example:

Now all those configurations are part of the Github repo for the project, and tracked with changes that come in from developers. Plus with Terraform we could set Jenkins to watch the repository and automatically deploy to AWS whenever we merged a pull request to develop.

But then, after the Honeymoon …

But as soon as we really started rolling with this, it started to become clear that Terraform was buggy and missing features. The highlights:

Each configuration above being a separate resource was pretty ungainly. An endpoint with four methods (say GET, POST, PUT, DELETE) and three status code responses each (say 200, 400, 500) results in 32 separate resources in Terraform. That’s a lot of repeated code and a lot of API calls to AWS that Terraform has to make to keep them all in sync (which means slow deployments and big state files.)

No Re-Deploy Once Deployed

Once created, a Deployment resource is not re-deployed after configuration changes get pushed up. So after we run a deploy, someone still had to remember to go into the console and press the “deploy” button.

At the time, query parameters and headers weren’t supported, which was a pretty big bummer to not be able to send Authorization headers or other parameters to the API. But some timely pull requests to Terraform helped fix that. Even so, the Terraform support was quite new and green.

But What About Swagger?

API Gateway supports both export and import of Swagger docs to retrieve and define the configuration of an API Gateway api. Uploading a Swagger doc is much more feature complete than Terraform resources, and doesn’t suffer from life-cycle dependencies the way Terraform does. Since we want to use the Swagger doc as documentation of the API after deployment, it’d be nice to use the upload tool and let the documentation define the API with a contract-first approach to deployment.

Our Lambdas and other resources work quite nicely in Terraform, so what’s a developer to do? Script it out, of course!

I put the swagger.yml in the Github repo, create a null_resource Terraform resource that watches it for changes, and runs a little NodeJS script to inject Terraform variables into the Swagger doc and upload it to API Gateway whenever there are changes.

Where to Go From Here

Running the deployment as a script from Terraform works well, but I’d like to see it as part of the core Terraform resource.

NOTE: If you’re just scanning this article for code, the above is speculative and will not work.

I’d also like to see the API Gateway Lambda upload support $ref references to common status code responses and more recent Swagger V2 support. Also worth noting that the response messages that API Gateway’s putRestApi endpoint returns can be confusing - I kept getting 415 Too Many Requests responses when I had a malformed swagger due to a typo. Fixing the typo fixed the error response, which had actually nothing to do with rate limiting.